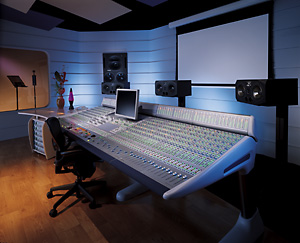 The ICON D-Control and ICON D-Command digital consoles have sold over 1000 units combined since they began shipping in 2004. The 1000th unit (a 48-fader dual-operator D-Control) was sold to Walt Disney Pictures and Television for installation on the dub stage to mix the hit television show “Lost”.

“Choosing an ICON was the right decision for us. In fact, we chose three,” says Gil Gagnon, vice president of post production services for Walt Disney Pictures and TV.

To see ICON D-Control and D-Command in action, book a demo in our showroom.